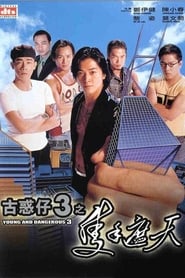 IMDb: 6.7 1996 98 min 776 views
Chan Ho Nam and Chicken are back again in Young and Dangerous 3, this time taking on the rival "Tung Sing" triad, who is attempting to usurp Hung Hing influence in Hong Kong by having Tung Sing member "Crow" (Roy Cheung) frame Ho Nam for the murder of Hung Hing Chairman Chiang Tin Sang (Simon Yam). On the plus side, ...
动作惊悚犯罪 IMDb: 7.1 1996 110 min 391 views
When Ethan Hunt, the leader of a crack espionage team whose perilous operation has gone awry with no explanation, discovers that a mole has penetrated the CIA, he's surprised to learn that he's the No. 1 suspect. To clear his name, Hunt now must ferret out the real double agent and, in the process, even the score. 中情局获得情报，得知他们的特工中出了一个叛徒，准备将中情局布置在东欧的特工名单出卖给外国特工组织。在特工头目吉姆（乔恩•沃伊特 Jon Voight 饰）的策划下，伊森（汤姆•克鲁斯 ...
冒险动作惊悚

IMDb: 6.8 1996 101 min 450 views
The story in Young and Dangerous 2 is told in two parts: the first focuses on Chicken and his exile in Taiwan skipped over in the first film. The second half deals with the Hung Hing Society trying to ally with Chicken's Taiwanese triad "San Luen". The character "Banana" (Jerry Lam) is recruited into Ho Nam's circle. At the same ...
动作惊悚犯罪 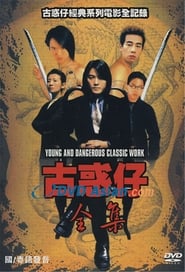 IMDb: 7.1 1996 99 min 624 views
Nam opens a bar in Wanchai and continues his rise in Hong Kong's Hung Hing gang. His best friend, Chicken, needs to lie low, so he's sent to Taiwan to work for Lui, leader of the San Luen gang; there, he falls for the aging Lui's mistress, Ting Yiu. When Chicken returns to Hong Kong, he finds Nam in a ...
动作犯罪