2020 99 min 1 views
Based on the global blockbuster videogame franchise from Sega, Sonic the Hedgehog tells the story of the world’s speediest hedgehog as he embraces his new home on Earth. In this live-action adventure comedy, Sonic and his new best friend team up to defend the planet from the evil genius Dr. Robotnik and his plans for world domination.
ActionComedyFamilyScience Fiction

2019 142 min 3 views
The surviving Resistance faces the First Order once again as the journey of Rey, Finn and Poe Dameron continues. With the power and knowledge of generations behind them, the final battle begins.
ActionAdventureScience Fiction

2010 148 min 5 views
Cobb, a skilled thief who commits corporate espionage by infiltrating the subconscious of his targets is offered a chance to regain his old life as payment for a task considered to be impossible: "inception", the implantation of another person's idea into a target's subconscious.
ActionAdventureScience Fiction 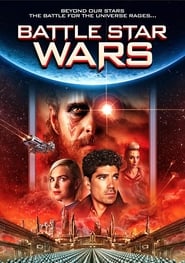 2020 86 min 17 views
When the leader of the evil Coalition threatens to destroy a Rebel planet for its resources, his daughter will have no choice but to join the Rebel side and fight for what is right.
Science Fiction 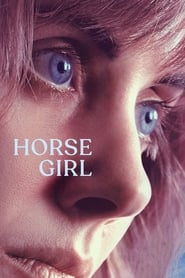 2020 104 min 20 views
A socially awkward woman with a fondness for arts and crafts, horses, and supernatural crime shows finds her increasingly lucid dreams trickling into her waking life.
ComedyDramaMysteryScience Fiction

2019 111 min 19 views
A story of cosmic terror about The Gardners, a family who moves to a remote farmstead in rural New England to escape the hustle of the 21st century. They are busy adapting to their new life when a meteorite crashes into their front yard. The mysterious aerolite seems to melt into the earth, infecting both the land and the properties ...
HorrorScience Fiction

2005 116 min 23 views
Ray Ferrier is a divorced dockworker and less-than-perfect father. Soon after his ex-wife and her new husband drop off his teenage son and young daughter for a rare weekend visit, a strange and powerful lightning storm touches down.
AdventureScience FictionThriller

2011 106 min 26 views
As an epidemic of a lethal airborne virus - that kills within days - rapidly grows, the worldwide medical community races to find a cure and control the panic that spreads faster than the virus itself.
DramaScience FictionThriller

2019 181 min 33 views
After the devastating events of Avengers: Infinity War, the universe is in ruins due to the efforts of the Mad Titan, Thanos. With the help of remaining allies, the Avengers must assemble once more in order to undo Thanos' actions and restore order to the universe once and for all, no matter what consequences may be in store.
ActionAdventureScience Fiction
Page 1 of 41234